Briefly describe your family (who you are, ages, where you are from, backgrounds, profession(s), etc.)

We are  Angela and Jason (49) and Bode (14). We are from the San Francisco Bay area and began Worldschooling 11 years ago. Angela was a marketing director, but left her job when planning a one-year trip to South America. Jason is a software engineer who was able to  keep his job part-time while traveling. Bode is a kid that was supposed to travel for a year before kindergarten, but as plans changed, has been world-schooled for his entire life and is now in “9th grade.”

Describe your worldschooling travel style. (how long you’ve been doing it, how it works and briefly where you’ve been)

We have been traveling in our 1971 Volkswagen bus since 2009. The original plan was to take a one-year sabbatical and drive to the tip of Argentina. After the first year, we had only made it as far south as Costa Rica, and just decided to keep going. We’re currently 11 years into our one-year trip. We’ve covered pretty much all of North, Central and South America in our kombi- with 5 of those years circling South America. Two years ago, we shipped our VW bus and selves to Europe and are now eyeing Africa and Asia.

For the past few years, we started taking seasonal travel-breaks and have found a ‘home base’ in Colorado during ski season, where my son has joined a ski team and has a core group of friends.

Why did you choose this learning path?

Bode’s education has evolved a lot since he was 4. He enjoys the freedom and variety of world-schooling,as well as the flexibility to change his mind when he finds a new interest. Each ‘semester’, we make a point to discuss attending a normal school and present different options to him, but he has chosen worldschooling each time. He is planning on attending college, and is interested in entrepreneurship and science. We have created a high school curriculum to help him meet his goals.

What are the greatest gifts (benefits) you’ve experienced as a worldschooling family?

We are able to find a learning opportunity everywhere we go, and we experience and learn it together. It could be as simple as figuring out how do our laundry in a new country, or it could be expanding on his interest in Greek mythology in Athens. 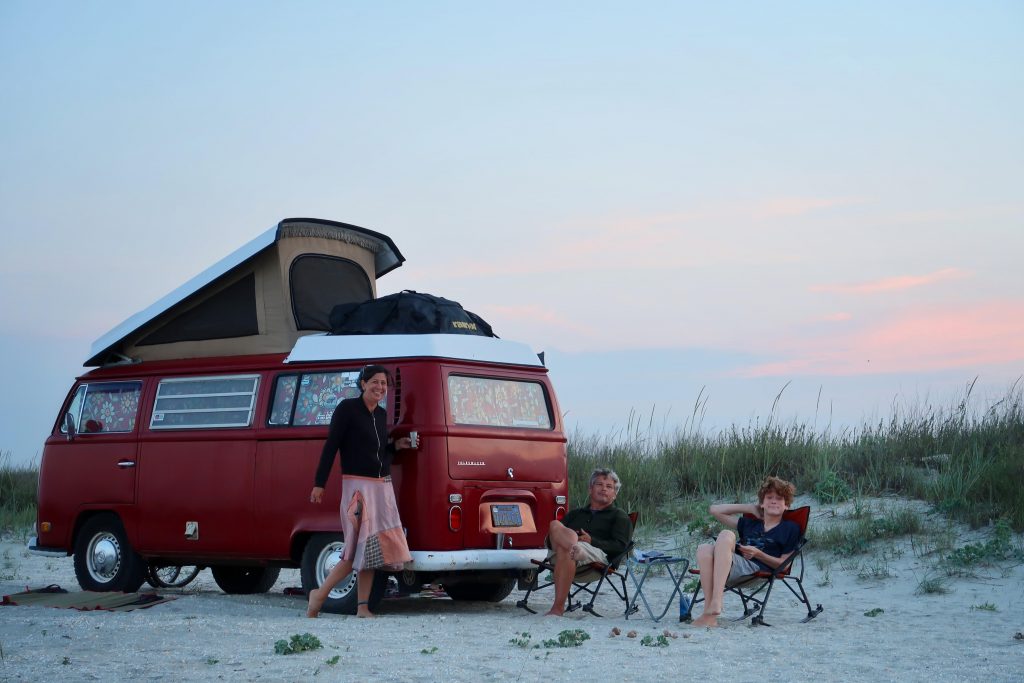 We mostly camp and often have unreliable internet. It’s difficult for Bode to be able to commit to an ongoing online class he’s interested in. Since we are in one place during winters now, most online classes and groups are done then. We are really relaxed the rest of the year, and mainly learn about the places we are traveling, read, and practice math.

Why did you choose to worldschool?

We intended to travel for a year and for Bode to start kindergarten in the U.S. But after the initial year, we decided we all loved traveling so much, we didn’t want to return. We decided to homeschool for a year, and realized how much we all were learning through travel. And, every year we reevaluate and sometimes adjust the way we travel and learn.

Many years ago, we were traveling in Brazil and Bode loved eating the frozen acai bowls served everywhere. He noticed the abundance of berries sold around the country, and questioned why he’d never had this treat anywhere else. On his own, he created a business plan to export the berries to other countries. He was about 8 years old, and had traveled enough to realize that each country has something unique to offer and that there is always a new opportunity around every corner. It sparked an interest in being an entrepreneur and he continues to think of new business plans.

What would you say to other (hesitant) worldschooling families that may be considering this journey?

The hardest part about choosing the worldschooling lifestyle is making the decision to do so – the day we walked out the door was one of the most difficult.  Being prepared is important, but there is no way to know what is to come. You’ve got to be flexible and open to change. There are lots of ways to educate your kid (and we’ve tried a lot!), and sometimes you just need to see what works best for your family.  The best part is being together and exploring and learning things as a family.

Angela traded a life as a working, California mom for one as an overlanding, world-schooling one. In 2009, she and her husband, Jason, packed up their 1971 VW bus and 4-year-old son, Bode, and began a “one-year” trip to the tip of South America.

At the end of the first year, they were only in Costa Rica, and had no desire to return to “normal life.” They were happier than they had ever been, and Bode was having an incredible childhood. “You can’t go too slow” became their mantra and they have continued the roadtrip around the world for the past 11 years.

Consider joining our  We Are Worldschoolers Community Club and unlock hundreds of articles,  interviews, guides and so much more!  Everything you need to get started and stay on track on your worldschooling journey is yours,  just a click away!

Learn more about our Worldschoolers Passport

Any cookies that may not be particularly necessary for the website to function and is used specifically to collect user personal data via analytics, ads, other embedded contents are termed as non-necessary cookies. It is mandatory to procure user consent prior to running these cookies on your website.